Secret government is a grand strategy game developed by 1C Publishing. In fact, we can say that we are trying to sit at big tables and even be the table itself in the game in which we try to manage a supra-state grouping, the main purpose of the game is to infiltrate all branches of the states and to influence powerful people and prevent other groupings from getting stronger. Of course, in the meantime, it is necessary to prevent the uprising of the people and to protect our privacy. 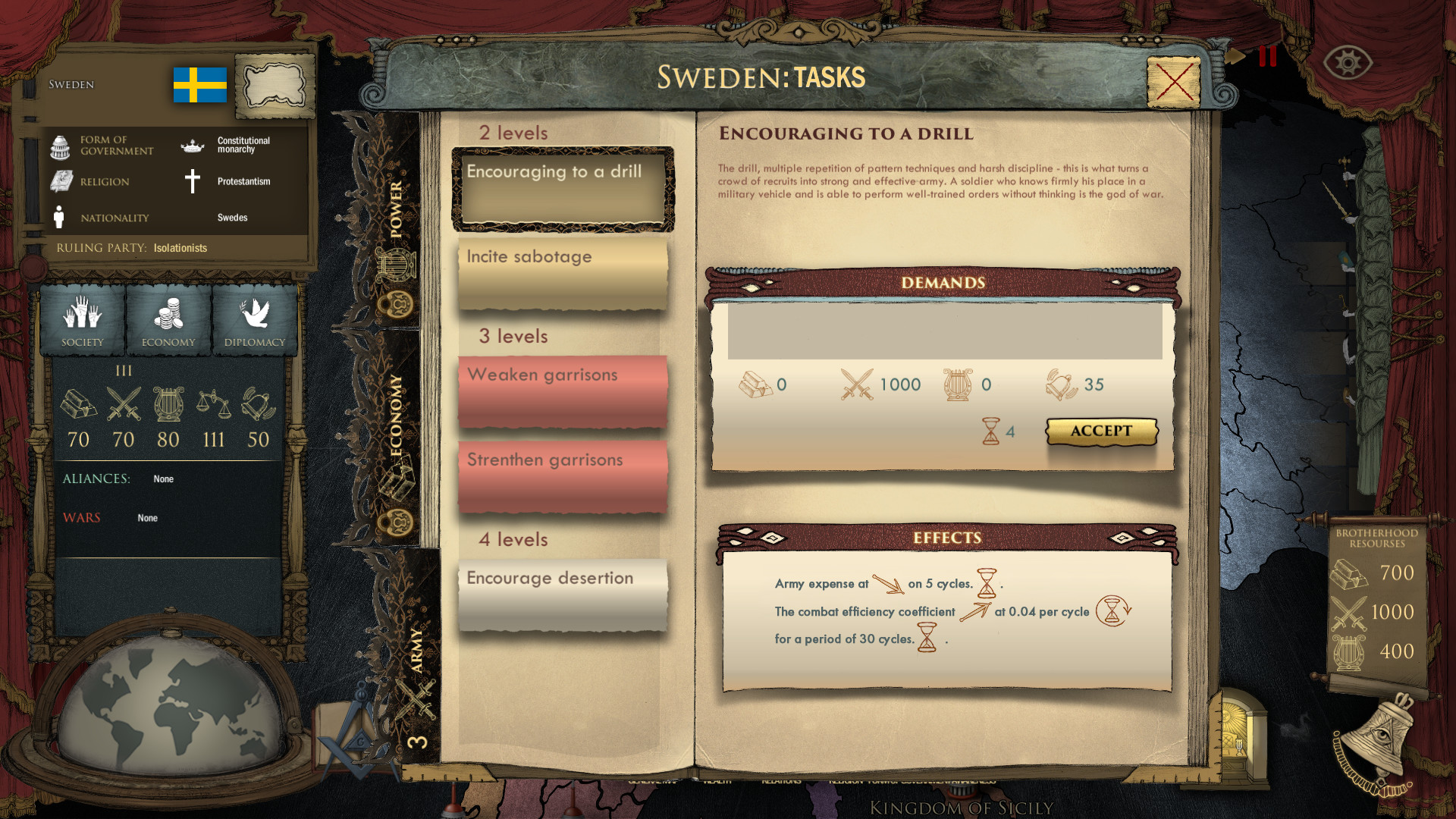 The game has similar features with other great strategy games. The basic mechanics of the game that we play on a large world map is based on brotherhood. In the game, which has a just one brother at the beginning, we develop over time to form a supreme court and try to spread from one country to another. We have 3 options to influence the people, and these are as follows:

By applying to one of these three, we can influence certain big names of the state and add them to the brotherhood. All three are likely to fail due to certain variables, for example, if the vice president's commitment is high, he may refuse to join the brotherhood. In addition to all these, there are certain characteristics of the siblings on the sofa. For example, a character with high charisma is more likely to be successful while convincing another character. 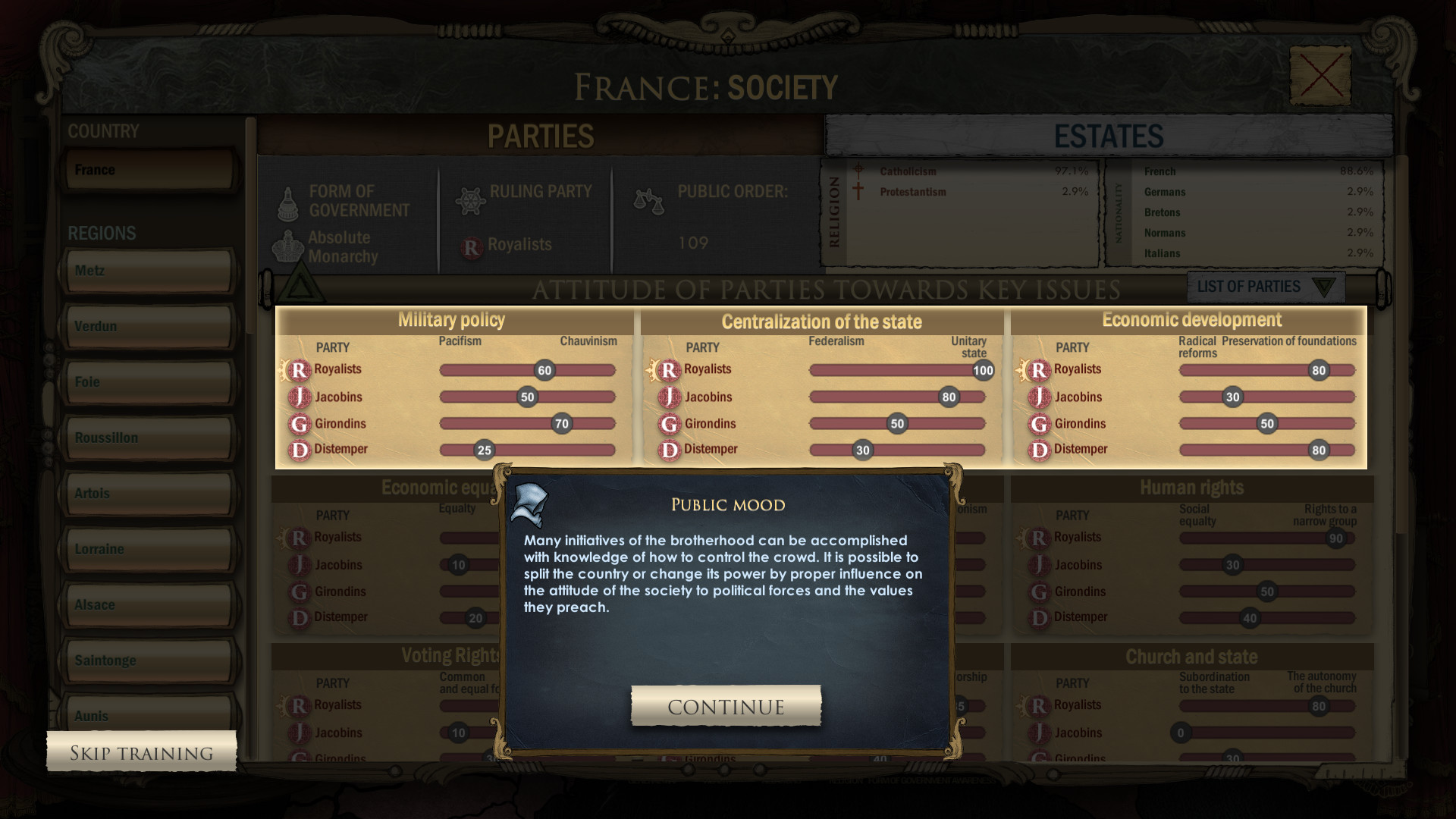 Just like leader traits, your brothers can develop traits and level up over time. You may have a ghost brother unseen by any country or enemy brotherhood, you may have a more military character, and you may have a loyal brother who will never betray you over time, as a diplomat. . 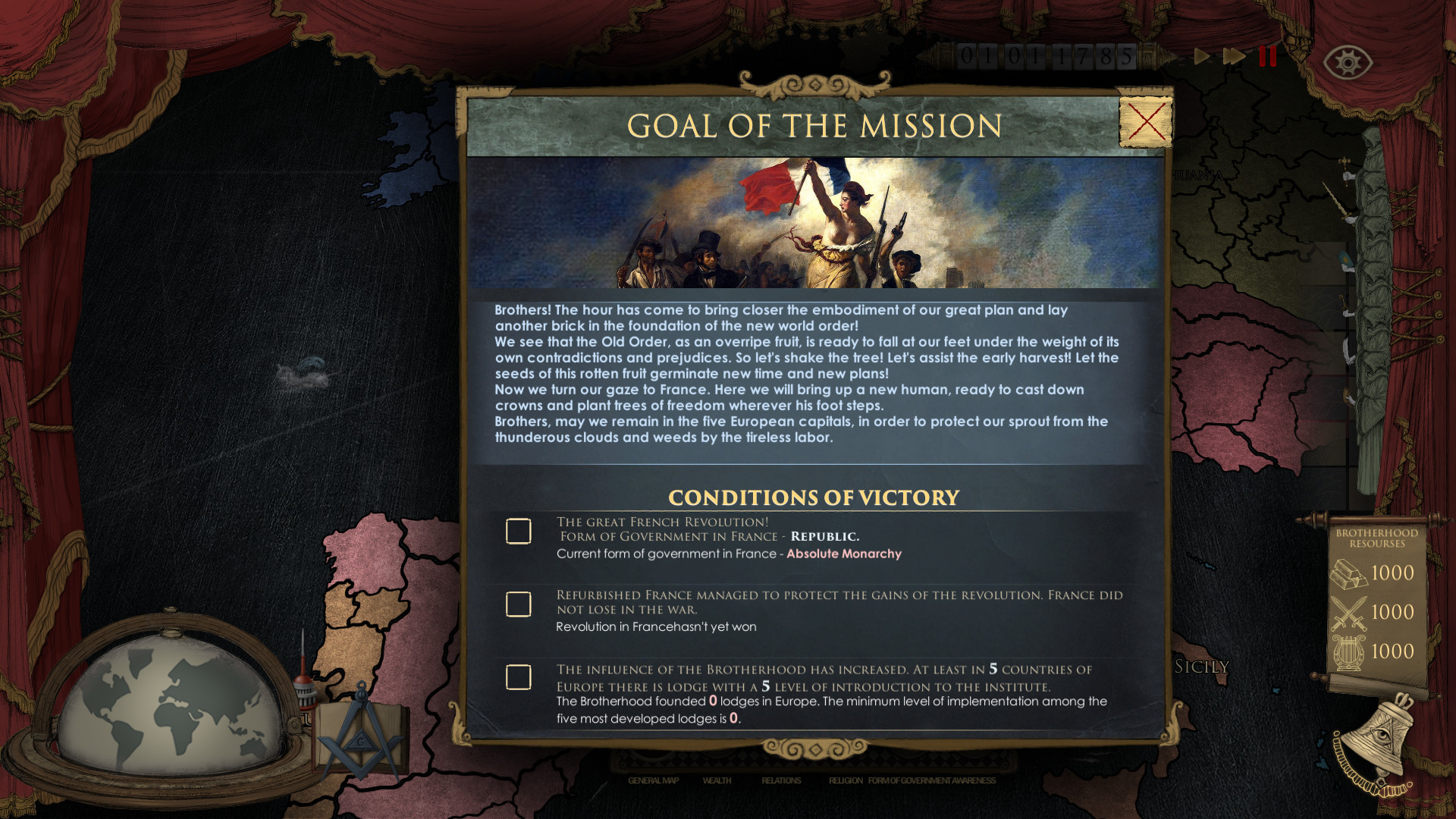 Every little action you engage in poses a danger to the future of your brothers in countries and endangers the privacy of the brothers who commit these little acts. The awareness of the brother, who is on a long mission, will increase and his privacy will decrease. While each agent is better / worse for specific actions, finding a comfortable balance between the two is also up to the player to manage progress. . 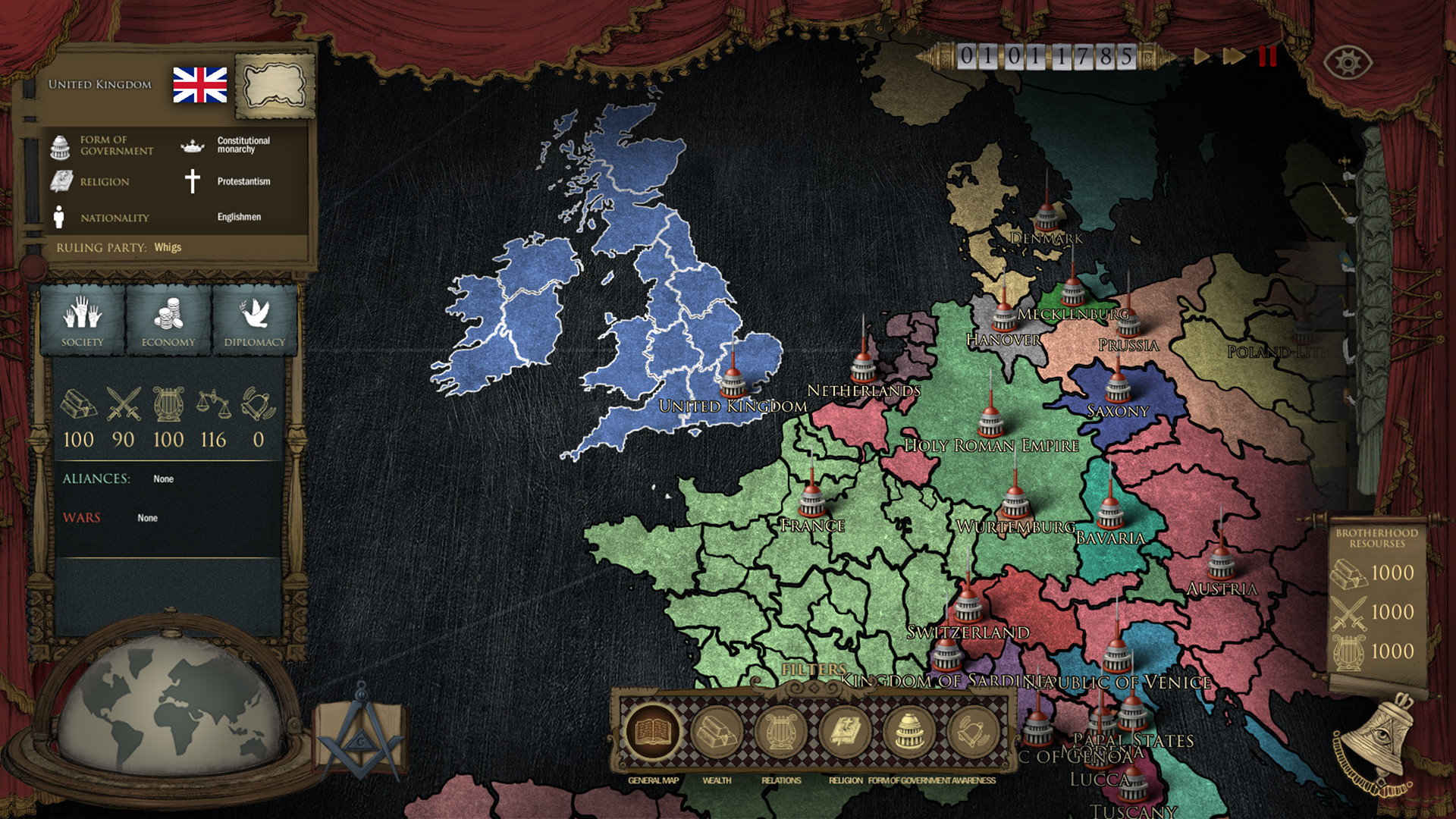 The idea is really cool and promising. It has taken a lot from other great strategy games, but that doesn't pose a problem. He doesn't need to reinvent the wheel anyway. Although it is a simple to play but difficult to master game, what makes the game fresh and fun is that there are many ways to manipulate and control the game, and these ways can be changed completely depending on the player.

There are many things that need improvement in the game, but these are negligible. The game has great potential and it doesn't take full advantage of it. Although I did not enter the Paradox game in anticipation, I was faced with a surprisingly satisfying experience, I have no doubt that the company will solve such problems in sequels and come up with a better player experience.

Gaming Currencies Weekly Discount
Here you can find eTail.Market weekly discount offers for Gaming Currencies...
Buy the Latest PC Games with Steam Wallet Code
However, if you don't want to buy the game directly, you can use the Steam wallet code method, which is very useful and offered by Steam. For example ... 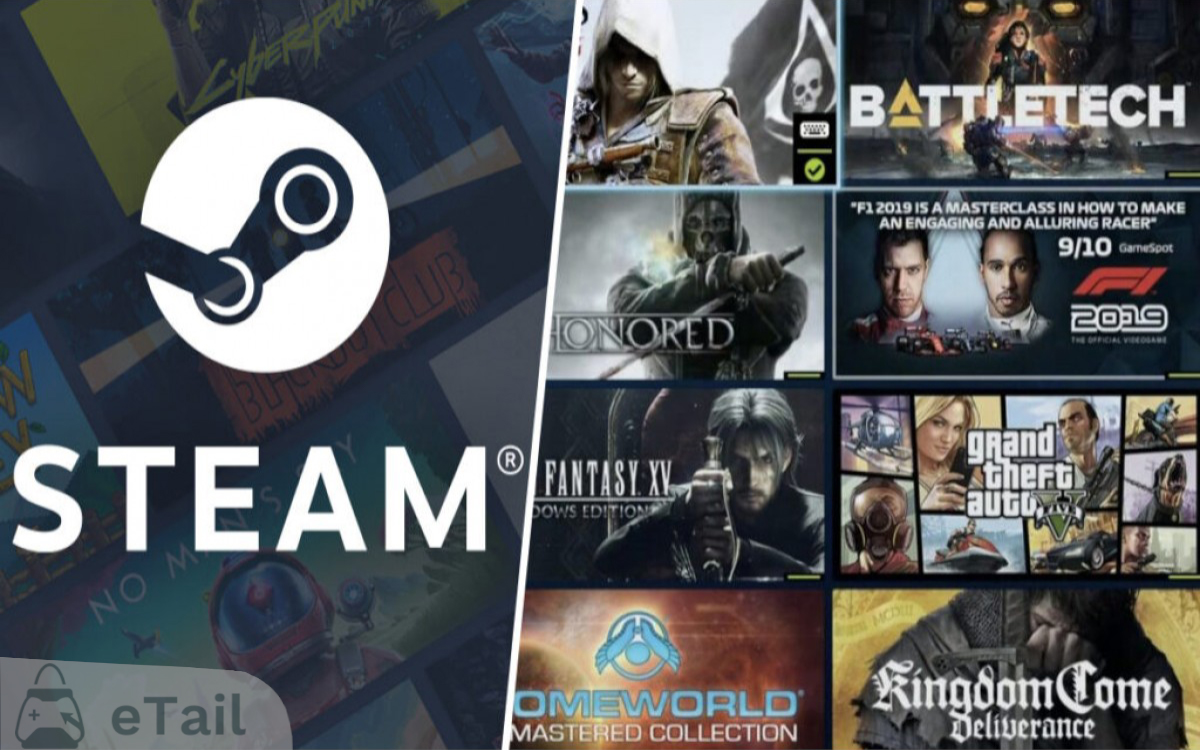